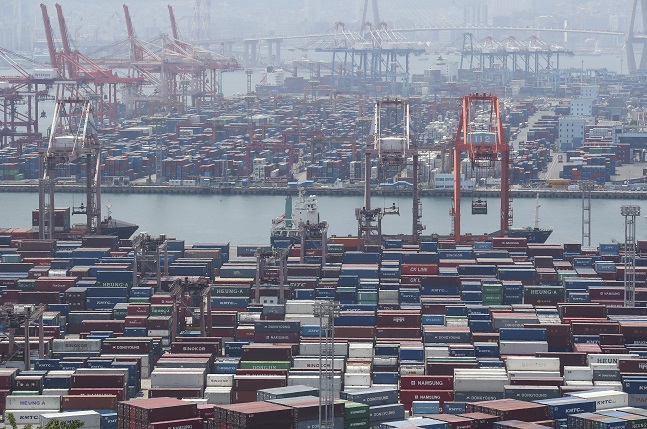 This file photo, taken on May 23, 2022, shows stacks of containers at a port in South Korea’s southeastern city of Busan. (Yonhap)

Faced with economic headwinds, the government lowered its outlook for economic growth in 2022 to 2.6% from its December estimate of 3.1%. The ministry sharply raised the outlook for inflation this year to a 14-year high of 4.7% from 2.2%.

The ministry’s growth outlook is bleaker than the 2.7% predicted by the Bank of Korea (BOK). The government’s inflation estimate is higher than the BOK’s projection of 4.5%.

The new policy guidance came as South Korea’s economy faces the risk of stagflation, a mix of slowing growth and high inflation, due to heightened global uncertainty.

The country must also address structural issues, such as low growth trends and demographic challenges related to low birth rates and rapid aging.

“The pattern of slowing growth and high inflation is likely to continue for a considerable period of time,” Choo said at a press briefing.

Against this backdrop, the Yoon Suk-yeol government unveiled details of the economic policy roadmap which focuses on deregulation and tax cuts in a bid to support private sector-led growth.

President Yoon pledged to pursue the principles of small government and the market in an effort to help businesses increase investment and spur job creation.

To revitalize the business sector, South Korea plans to consider lifting regulations that hamper investment and prevent new regulatory measures from being put in place. 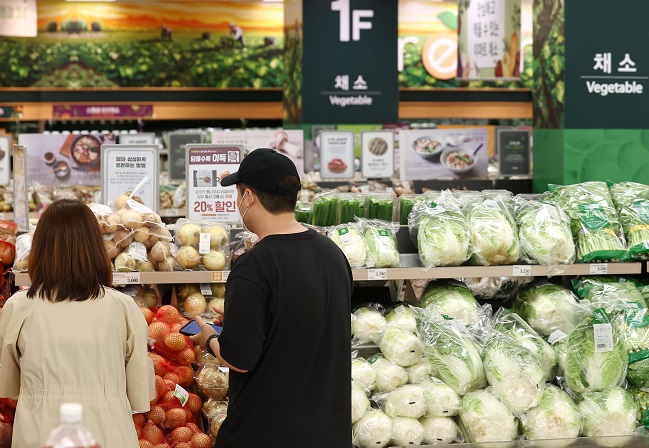 Citizens shop for vegetables at a discount supermarket in Seoul on June 15, 2022, amid high inflation. (Yonhap)

The Yoon government will also reduce corporate taxes to encourage businesses to increase investment. To this end, it aims to lower the maximum corporate tax rate to 22%, from the current 25%.

In 2017, the Moon administration raised the top corporate tax rate by 3 percentage points to 25%, the first such hike in 28 years.

The ministry will also allow people to defer paying gift tax if they take over their family businesses.

The government has a plan to expand tax incentives on investments in key strategic technologies, including semiconductors and electric vehicle batteries.

He will revamp the national pension fund fearing it will dry up faster than expected due to rapid ageing.

To modernize the foreign exchange market, the government will extend market opening hours to 2 a.m. from 3:30 p.m. currently.

The finance ministry said the urgent economic task was to contain inflation and stabilize people’s livelihoods.

The momentum of the economic recovery is likely to wane as exports, the main driver of growth, are likely to slow amid slowing global growth and supply chain disruptions.

Inflationary pressures quickly built up amid soaring oil and commodity prices, caused by the protracted war between Russia and Ukraine, and the recovery in demand.

Consumer prices in South Korea jumped 5.4% year-on-year in May, the fastest rise in nearly 14 years and a recovery from a 4.8% peak in April. 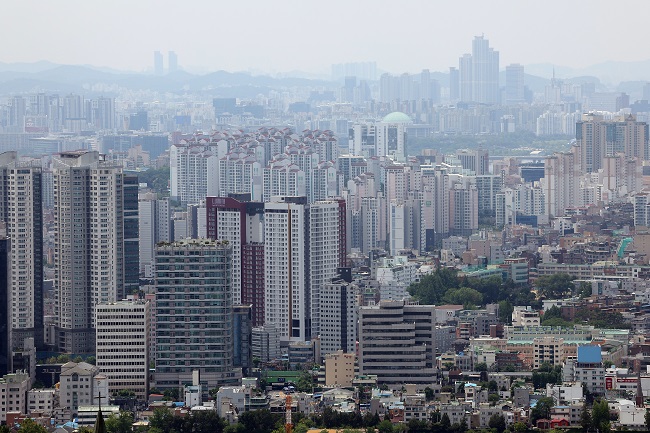 The country plans to extend a 30% cut in fuel taxes for five months until the end of this year to help ease the burden of high energy costs. It will expand tax deductions related to the rental of houses in order to alleviate housing costs.

It also aims to ease the burden of paying property tax for owners of a single-family home. He plans to have them pay property tax at similar levels to 2020, a year before house prices start to soar.

Public complaints about the former Moon government’s property policies have mounted as soaring home prices have pushed up tax burdens on landlords and increased costs for people looking to rent or buy homes. .

The incumbent government is working on plans to supply more than 2.5 million units of new homes to help stabilize the housing market.

In its revised economic outlook, the ministry expects exports to grow 11 percent this year, compared to a 25.7 percent year-on-year increase last year.

Private spending is expected to rise 3.7% in 2022 due to the lifting of anti-virus measures and the implementation of the latest record 62 trillion won ($49 billion) supplementary budget.

Investment in facilities is expected to fall 3% due to global supply bottlenecks, compared to a 9% year-on-year increase last year.

Speech by Treasury Secretary Caralee McLiesh: Economic Policy for the Challenges Ahead

The ANC fails to define its own economic policy

In last week’s State of the Nation address, President Cyril Ramaphosa ventured to utter a few words that exposed the naïveté of the politician and his office. The offensive words were: “We all know the government doesn’t create jobs. Businesses create jobs. Of course, these comments were consistent with ANC economic strategy, but the politician […]